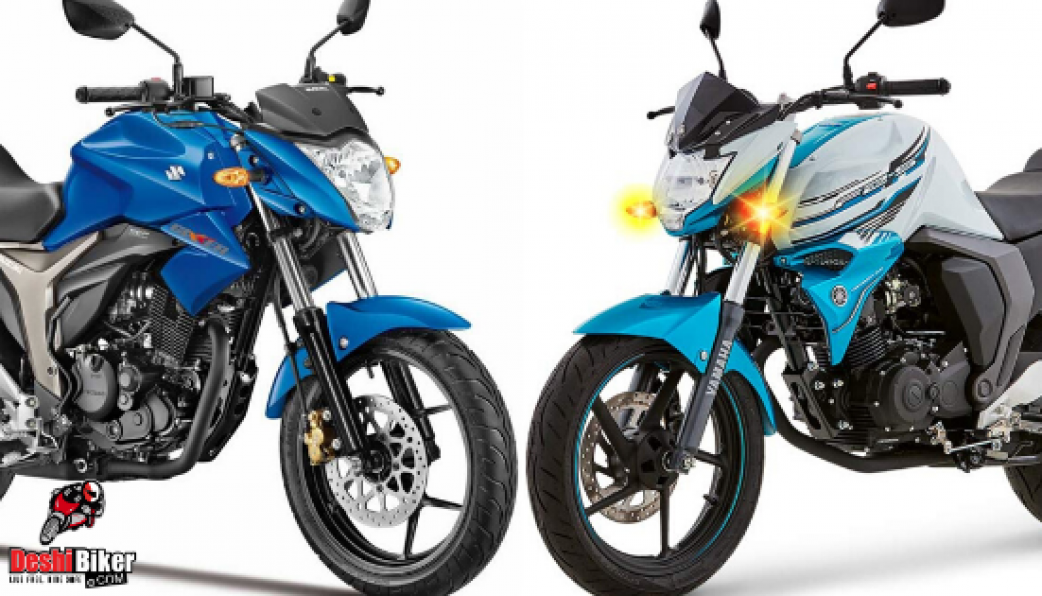 In Bangladesh, we can see the highest number of competitions in the 150cc segment. Motorcycle companies are trying to grab their position in this segment. Today we will show you some similarities and some differences between Yamaha FZs FI V2 and Suzuki Gixxer 155.

Design and Look: Though these two bikes are considered as the sports segment bike, but originally these two are the sports commuter bikes. Suzuki Gixxer is known as the Young Generation motorcycle. Its design, look, and the outlook is made for the young riders. Its curvy design, aggressive look can attract anyone. On the other hand, Yamaha FZs V2 though looks simple but the finishing and the paint scheme is just amazing. But if you compare these bikes attraction ability and design then Gixxer 155 might ahead of FZs V2.

Engine Performance: Yamaha and Suzuki didn’t compromise anything about these two bikes engine performance. The top speed, acceleration of Gixxer is slightly higher than FZs V2 and also can produce more engine power which is 14.6 bhp at 8000 rpm and 14 Nm torque at 6000 rpm. But FZs V2 also has a decent engine power and acceleration which is enough for the road condition of Bangladesh.

Braking and Balance: Yamaha is well-known for its tuned engine and advanced braking system. Previously FZs V2 was only available with the single-disc option. But now this bike only available with a dual-disc version. During emergency braking, it won’t skid and remain steady. Suzuki Gixxer will slightly behind of Yamaha FZs V2. But its braking system is also working perfectly.

Suspension and comfort: Both bikes equipped with Telescopic fork suspension in the front wheel and mono-shock swingarm suspension in the rear. There is no complaint about these two bike suspensions. The handlebar is also up-raised and both these bikes get a single stare seat. You won’t feel any back pain or uncomfortable during a ride.

Price and Resale Value: The current market price of Yamaha FZs V2 is 231,000 BDT only where Suzuki Gixxer (DD) costs 229,000 BDT. Though these two brands are popular and their parts are available almost everywhere, for that the resale of these two bikes is the same.