The hero is one of the top popular and trustworthy brand in Bangladesh as well which entered the Bangladeshi market first a long time ago with Honda company. they are one of the largest motorcycle manufacturers in the South Asian region which is originated in India. Recently Hero revealed their 160cc segments bike which is named Hero Xtreme 160R in India. But Hero launched this motorcycle in Bangladesh with the name of Hero Thriller 160R. And now the Thriller 160R DD got refreshed. The launching event was held through a ceremonial event conducted at the grand ballroom  of Sheraton Hotel in Banani on 14th June, 2022. 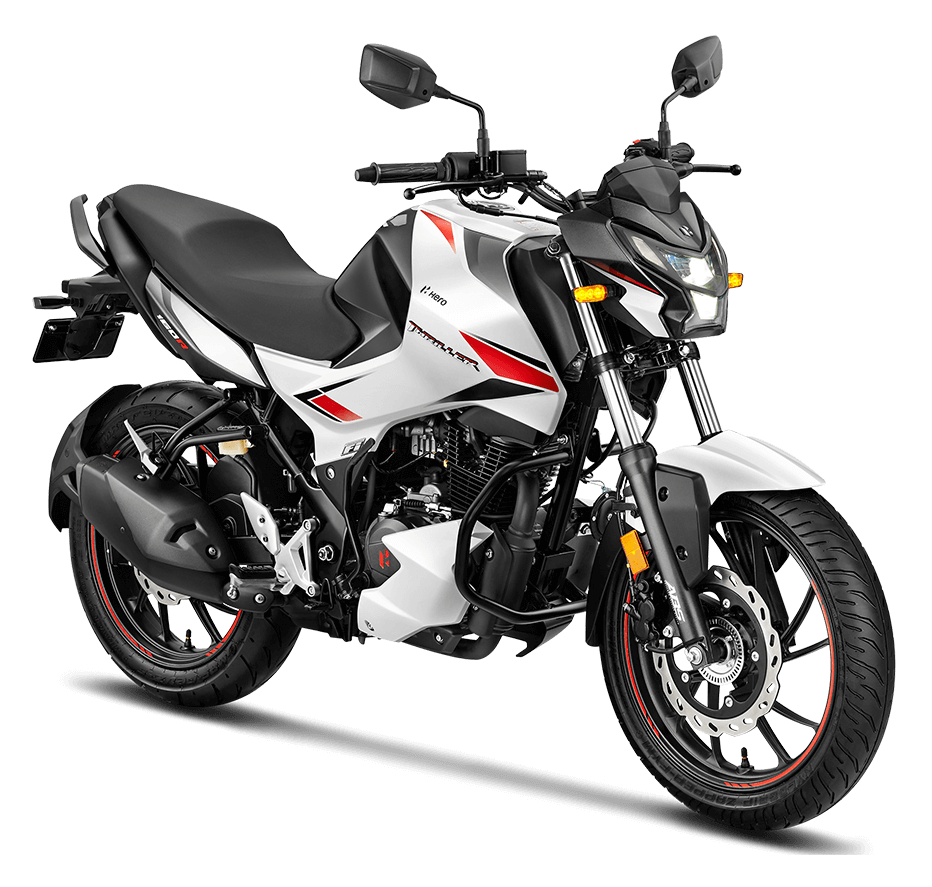 Now lets get into the details.

Design & looks: The basic design of this bike is followed by its elder sibling Hero Xtreme 200. But the front and rear view of the bike gets some changes. The integrated fuel tank extension kit looks strong and curved design and it ended in the middle of the side panel. The fuel tank looks more muscular because of this extension kit. The headlight unit gets a robotic shape and looks attractive and equipped with LED lights. The H-shaped smoked finished tail lamp is also LED. After launching the thriller Hero researched a little about consumer interests and needs. Keeping that in mind they they have added a rear grab rail and changed the seat. This will ensure the enhanced safety and comfort to the pillion. and adding to the sportiness of the Thriller 160R is the new aggressive graphics scheme on the fuel tank and the tank pad. Making it look more astonishing. The single barrel exhaust looks bulkier and gets a stubby carbon muffler. The overall appearance of this bike looks muscular and carrying the DNA of a naked sports bike.

Engine performance: This is the first time Hero introduces a 160cc engine in the motorcycle market to compete in the 160cc segment. This naked sports bike equipped with a single-cylinder, four-stroke, air-cooled, 160cc EFI engine and can burn out 15.2 PS maximum power at 8500 rpm and 14 Nm of torque at 6500 rpm. This engine power is quite enough to compete in the 160cc segment. This engine is mated with a 5-speed gearbox and a wet multi-plate clutch for smooth transmission. According to the company, this engine can reach 0-60 km/h in just 4.7 seconds which is quite impressive. The top speed of this bike would be around 130 km/h. Which you keep you in the first lane on road.

Dimensions & seating position: The seating and riding position of this bike is ergonomic. They used a pipe handlebar instead of the clip-on handlebar and a long and wide single stair seat. The riding foot-peg is also mounted a little bit behind to give it a sporty appearance. The pillion seat is also comfortable and gets an integrated grab handle beneath the seat. The overall dimension of this bike is 2029 x 793 x 1052 mm. The seat height and ground clearance of this bike are 790 mm and 167 mm respectively.

Suspension & Brakes: This bike revealed with two variations, dual-disc version, and single-disc version. The dual-disc version gets a 276 mm disc in front and 220 mm disc brake in the rear wheel. And the single-disc version gets 276 mm disc in the front and 130 mm drum brake in the rear wheel. Both these versions are equipped with a single-channel ABS braking system. . The telescopic fork suspension in the front and a Mono-shock suspension are installed. The single downtube chassis gives this bike a steady balance. The front tyre of this bike is 100/80-17 and the rear tyre size is 130/70-17. Both tyres are tubeless.

Features: With a first in segment features the all LED package with signature Led taillamp which has a unique H insignia to stay highlighted. The LCD brightness adjustment features enable a rider to adjust to 5 different levels for better readability in bright conditions. the Refresh version comes with a USB changer that is conveniently located under the handlebar and a new Belly-pan protects the engine against dust/mud and improves aesthetics. The instrument console is fully digital and rationalizes with informative features. The dashboard comes with a Dark theme just like the Yamaha FZs V3.

Color and Price: Niloy motors is announced the price of Hero Thriller 160R in Bangladesh. They are offering two different price for single disc and double disc version both are included ABS. The new Thriller 160R Refresh offers a range of new segment-first features and the price is set to 2,09,990 BDT (single disk) and 2,19,990 BDT (double disk).