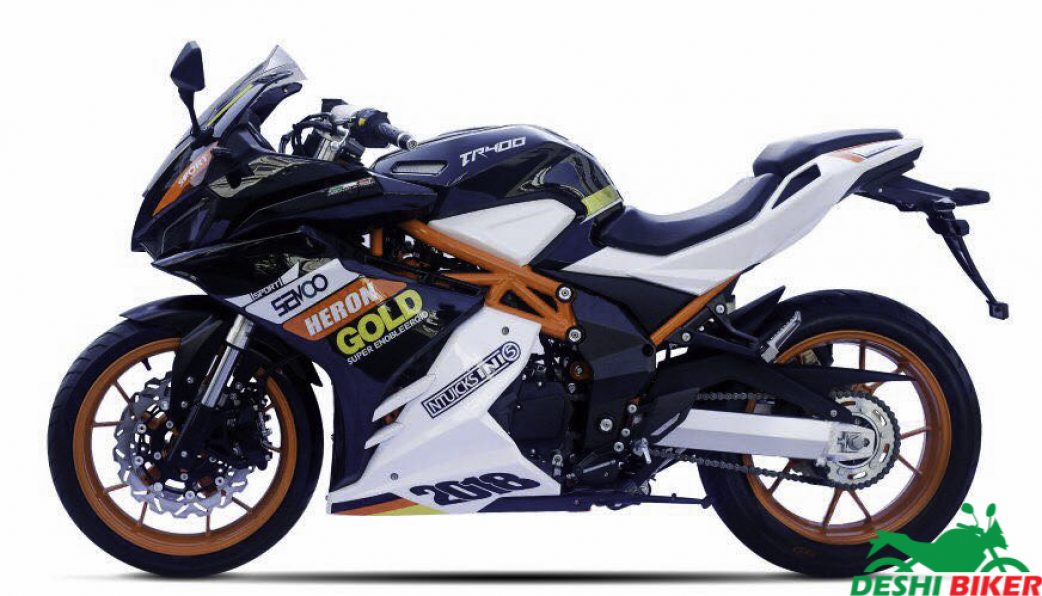 Chinese bikes in Bangladesh are currently dominated the market because of their reasonable price range and stylish products. There are now plenty of Chinese brands are currently available in market where we can call some of them are reliable and some are so cheap. Most of the cheap branded bikes are still in poor demanded here but those which are reliable and they have quality products, they are demanded. Today we would like to describe about top rated some Chinese bikes in Bangladesh which are much popular and reliable. There are some upcoming brands are coming and we must include them in the list.

# Taro GP-1: Taro GP-1 is an upcoming bike in Bangladesh which would release in Bangladesh at the end of the March, 2018. Taro which is an Italian brand but their bike GP-1 is assembled in China. Taro Bangla is a Bangladeshi importer which is going to import the bike in Bangladesh. It would be one of the best Chinese sports bike in the country. Powered by 150 cc engine, it has water cooled with camshift overhead technology. Besides, the engine can generate 14.08 Bhp max power in 8500 rpm and also the max torque is 14 Nm in 6500 rpm. Reportedly the bike can make more than 140 kmph top speed. The bike has very sporty seating position with muscular fuel tank. It is full faired sports bike with rear wide tyres. 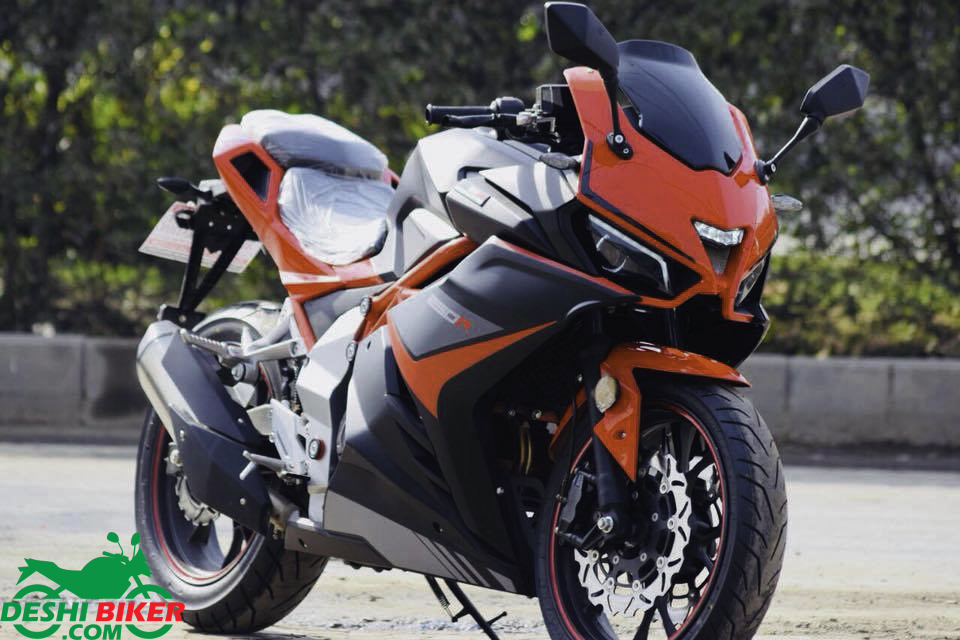 # Lifan KPT 150: Lifan KPT 150 is an adventure sports bike which is released in Bangladesh through the official distributor Rasel Industries. It has revealed just few days ago officially which is one of the best chinese bike in the country. It has powerful engine as well as body dimension. Powered by 150 cc engine, the bike can unleash 14.8 Bhp max power in 8500 rpm. Like most of the sports bike, Lifan KPT 150 has water cooled engine like it’s cousin Lifan KPR 150 in Bangladesh. Kerb weight of the bike is 153 kg. It has only self starting system added and the fuel tank can contain 14 litres of fuel. Front suspension is telescopic USD and rear suspension is mono. Most impressively the bike has both front and rear hydraulic disc brake added. The current price of the bike in Bangladesh is BDT 250,000 only. 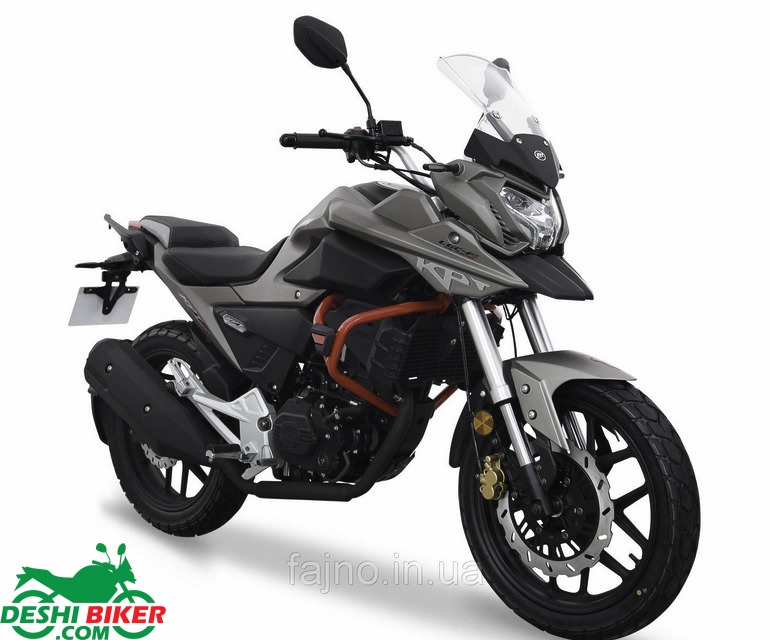 # Taro GP-2: Taro GP-2 is a respective product of Tar which is going to launch in Bangladesh at the same time with Taro GP-1. It is the younger cousin of Taro GP-1 where GP-2 is a 125 cc sports bike. The looks of the bike is almost same. Just engine is different. This Italian brand product though it is assembled in China consists of four stroke, camshaft overhead and water cooled engine that can generate 10.5 Bhp max power in 7500 rpm. Besides, it’s max torque is 11.5 Nm in 6500 rpm. The bike is pretty small than it’s elder cousin which can contain 11.5 litres of fuel. It’s kerb weight is 140 kg. However, in front the bike has positive shock absorber and in rear there is mono shock added which is single gas absorber. In both front and rear, hydraulic disc brake added where front disc is 300 mm and rear disc is 240 mm. 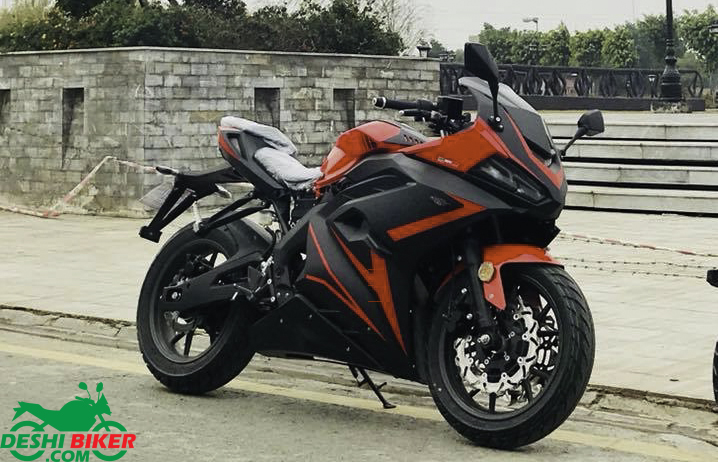 # Lifan KPR 165: Lifan KPR is very reputed chinese sports bike that is also very reliable in China and as well as in Bangladesh. Bangladeshi importer Rasel Industries has first launched the bike in Bangladesh couple of years ago and now, the second version of the bike is available in market with different colors. Lifan KPR 165 is a faired sports bike which has become as one of the top choice of the young generation in the country considering the chinese products. The bike is powered by 165 cc engine with 16.8 Bhp max power and 17 Nm torque. It has liquid cooled engine suitable for sports category. Consists of six speed gearbox the bike can run with more than 150 kmph top speed reportedly. The current price of the bike in Bangladesh is BDT 210,000 only. 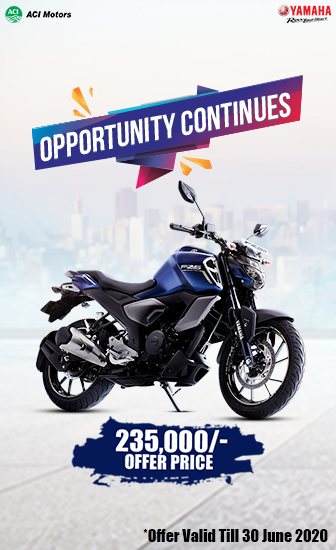 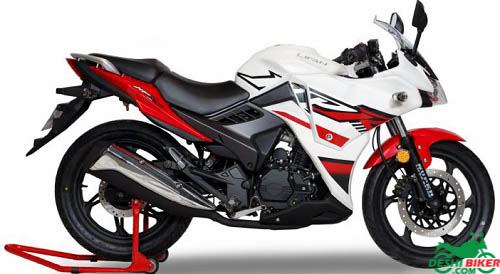 # Benelli TNT 150: Benelli TNT 150 is one of the top rated Chinese bike in Bangladesh. Basically, Benelli is an Italian brand but their product TNT 150 used to assemble in China. The bike is yet to available in Bangladesh which is naked sports bike. It is powered by 149.5 cc engine that can create 14 Bhp max power in 8000 rpm. The kerb weight of the bike is 117 kg. It has liquid cooled engine with four stroke and two valve. It has five speed gearbox that can make more than 120 kmph top speed. 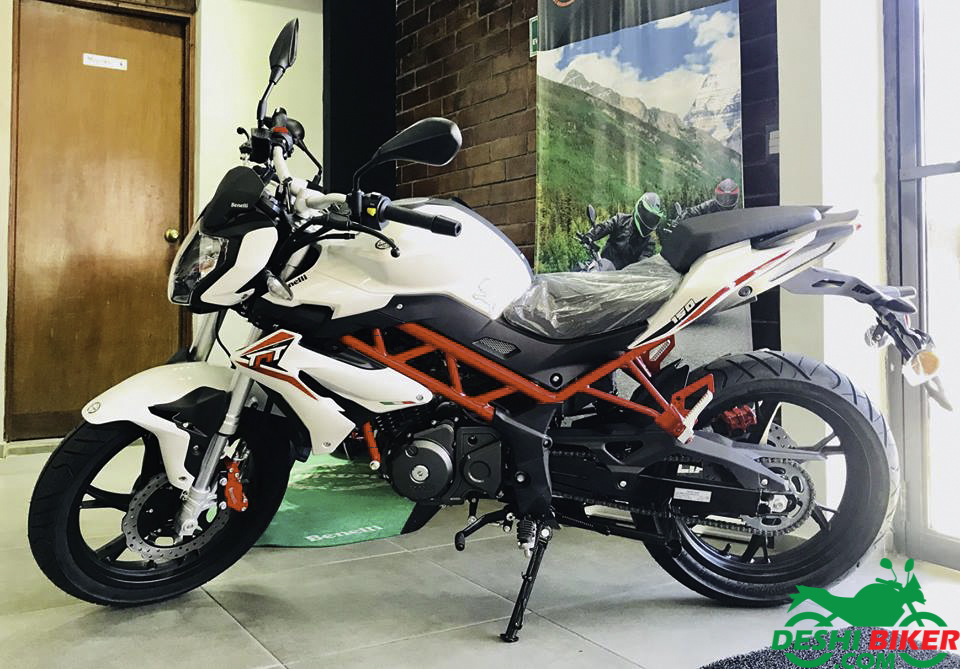 # Loncin GP 150: Loncin GP 150 is a top rated Chinese sports category bike in Bangladesh which is popular for it’s very aggressive looking. It has completely unique design front end with stylish headlamp. The bike is full faired which has released in bangladesh after Lifan KPR 150.  It has same 150 cc engine with 14.8 Bhp max power and 14 Nm max torque. Reportedly the bike can make more than 130 kmph top speed. It has liquid cooled engine with balancing shaft added. Besides, six speed gearbox is same as Lifan KPR. The current price of the bike in Bangladesh is BDT 160,000 only. 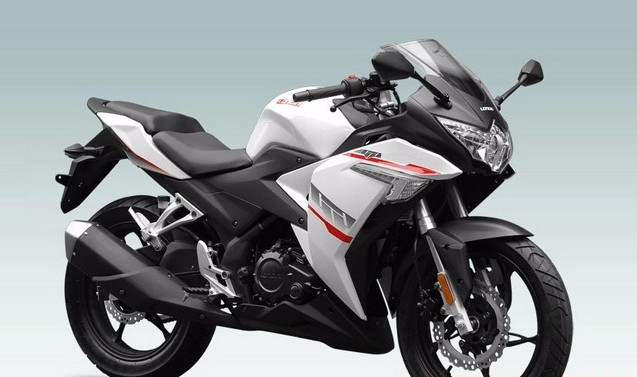 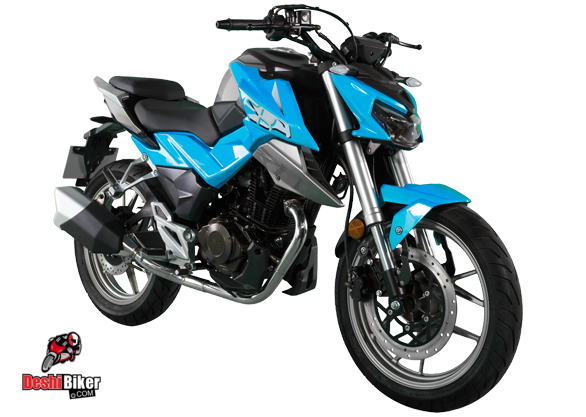 # Benelli TNT 165S: Aftab Automobiles Ltd is the new distributor of Benelli and they launched Benelli TNT 165S in Bangladesh. This bike is a 165cc bike which displacement cc is 164.7. Its engine is air cooled, 4-stroke and single cylinder engine. This engine max power is 18 Bhp and it can produce 14.0 NM torque. Its consist of the 6-speed gearbox and it is also a dashing bike. The price of this bike is 2,25,000 BTD. 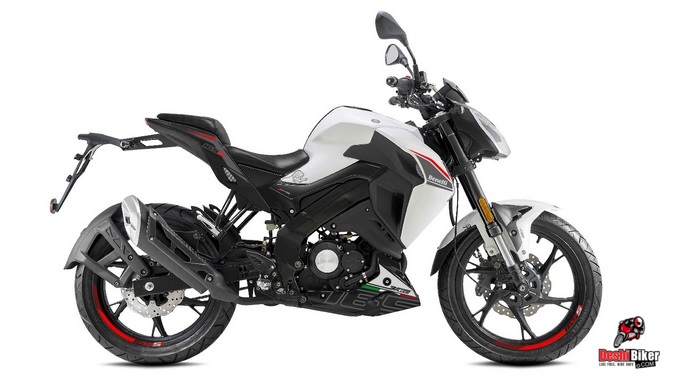 #Keeway RKR 165: The Hungary origin China assembles Keeway RKR 165 is now available in Bangladesh. Aftab Automobiles Ltd is the distributor of Keeway in Bangladesh. It consists of 165 displacement engine and also the engine is EFI, water cooled engine. The max power of this engine is 18 Bhp and its top speed is 130 kmph. The engine can create 14 NM torque. This bike is full faired sports bike and here in Bangladesh, Keeway has a big market and popularity. Its price is 215,500 BTD. 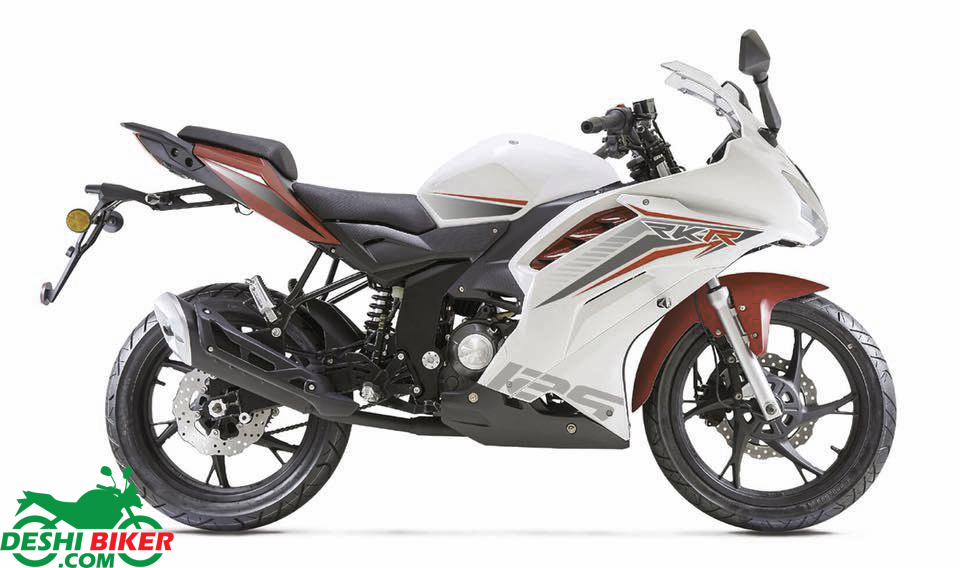 # H Power CRZ: H Power is a Bangladehi origin bike company and H Power CRZ 165cc motorbike which is assembled in China. Its displacement engine is 165cc and it is also air cooled, single cylinder, 4-stroke engine. The max-power of this engine is 14.1 Bhp and its produce 135.5 NM torque. Its price is 185,000 BTD. It has a fantastic body dimension and also the dashing looking. 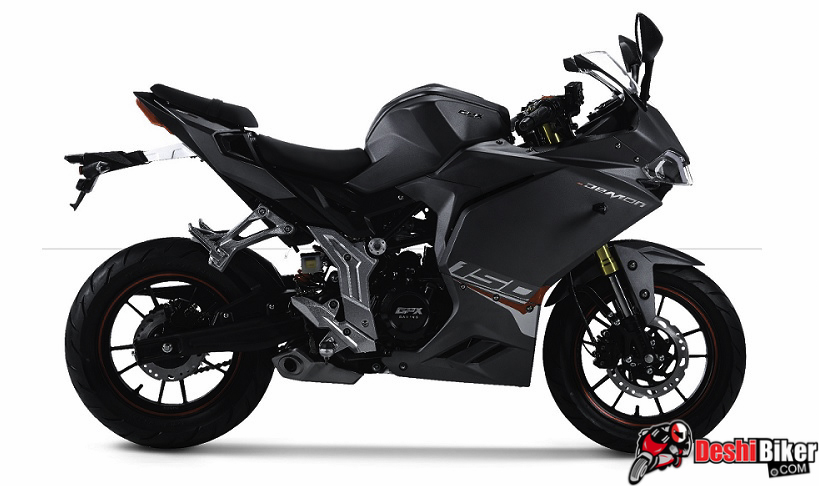 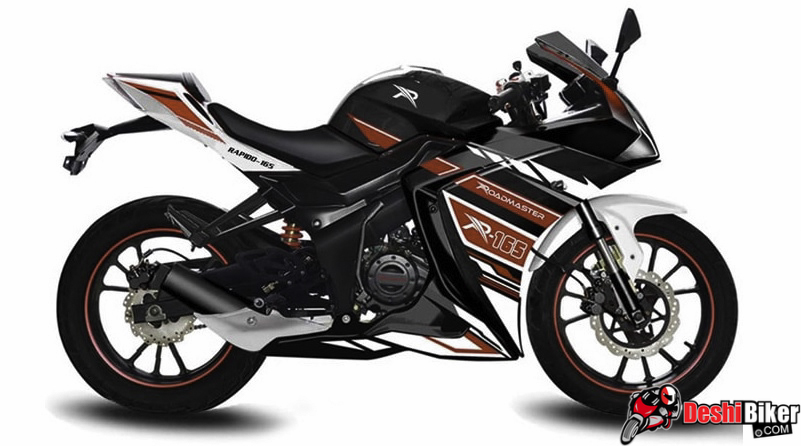 There are also some others top rated Chinese bikes in Bangladesh where among them Goodwheel Avatar G1, Keeway RKS 150, Lifan KPS are the best.