Atlas Zongshen Z One T is a semi faired standard bike which is powered by 150 cc engine. Z One T is the bike’s model and the brand is Atlas Zongshen which is originated of China. OHC, air cooled type engine is added to the bike and the max power is 10 kW.

Atlas Zongshen is the newborn company in Bangladesh which products are assembled in China. They have started to release their products in Bangladesh for a few days but yet to impact on the market. But, considering their product quality and design, they would be successful within a short time. One of their semi faired products is Atlas Zongshen Z One which is almost similar to a product of Lifan named KPT 150. 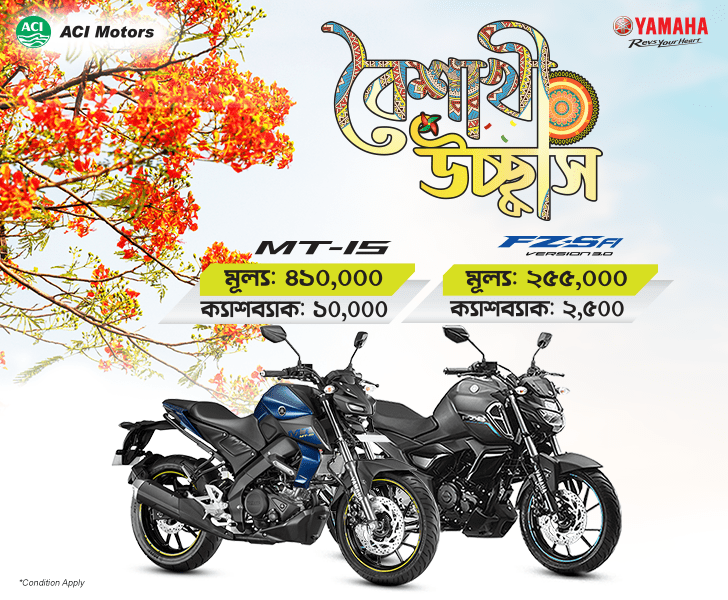 Basically in Bangladesh, naked and faired are the most demanding bikes where few numbers semi faired bikes are also available in the market. But, their demand is not many. There is a couple of Indian semis faired bikes like Fazer and Pulsar AS are also available and people would like to buy them first in semi faired segment. They would like to buy a naked or faired edition of Chinese products and in that case, semi faired Z One T would face some problem in the market.

Besides, the price of the bike is not so higher like Lifan KPT. So, it has a chance to get to dominate the market in the segment. The full review of Atlas Zongshen Z One T is listed below which will help to make a clear decision.

Design & looks: Atlas Zongshen Z One T is a good looking stylish semi faired bike that has an aggressive designed muscular fuel tank with a suitable split high seating position. The handlebar is similar to Fazer but a headlamp is more aggressive which is similar to Lifan KPT. There is an engine guard is placed which is sharp. It is basically a strong designed bike that is suitable for touring.

Engine performance: Atlas Zongshen Z One T has a strong 149.5 cc engine which can generate 10 kW @ 8500 rpm max power. On the other hand, max torque is 12.5 Nm @ 6500 rpm. Both power and torque are very good in combination which would help to reach 120 km per hour top speed. The engine of the bike is air-cooled with CDI ignition.

Dimensions & seating position: The bike Atlas Zongshen Z One T is completely enough in length which is 2025 mm. The width is 760 mm and the height is 1105 mm. Besides, it has a 1365 mm wheelbase with 180 mm ground clearance. The fuel tank is bigger than looks and can contain 18 liters of fuel. The weight of the bike is good of 140 kg which is not much and not poor. Due to the sporty seat of Z One T, rider with one pillion would be perfect to ride.

Suspension & Brakes: Telescopic USD front suspension is used for the bike Atlas Zongshen Z One T which gives better comfort in hard braking. Due to the touring category strong figure, the company has used rear twin shocks suspension as well. In front, they have used disc brake and for the rear, they have used drum brake so far.

Mileage: Company has claimed that the bike Z One T would provide almost 45 average mileage. Average means for both highway and city ride. But on the highway, the mileage should increase to 50 km which is impressing.

Instrument Panel & Features: Instrument console of Z One T is full digital where digital speedometer, digital clock, fuel gauge, odometer and trip meter are included. Besides, there is a tachometer and turn lamps are also located.

Colors & Price: Red and White would be just the two colors of Atlas Zongshen Z One T which are available in Bangladesh. The company has kept the price as expected which is BDT 173,500.

Z One T is the product of Atlas Zongshen which is almost good to look at. Due to semi faired design, it would be a competitor of same segment bike but considering the brand value and low price, people could buy this if the first customer gets good service from it. The engine of the bike is powerful and so low fuel efficient bike it is. Besides, the bike is not suitable for speed but it’s controlling and comfort are the main. So, company needs to improve the service and it would help to claim the market.