Bajaj Pulsar 160 NS is just the revised version of 200 NS which latest price in Bangladesh is 182,500/- BDT. Specially the young generation have huge attraction of this naked sports bike. It consists of 160 cc twin spark ignition engine along with 15.5 PS and 14.6 Nm torque. This one is a competitor of Honda CB Hornet 160R and TVS Apache RTR 160 4V.

Bajaj is the most popular motorcycle brand in Bangladesh where the company is the origin of India. Due to the affordable price and good quality product, the people of Bangladesh would like to buy Bajaj motorcycles most. In India, Bajaj used to launch different models of a motorcycle every year. By maintaining the cc limits, Bajaj dealers of Bangladesh used to import some of them. Now, Bajaj has recently launched a new model bike named Pulsar 160 NS in Bangladesh which is one the most selling bike in India. Pulsar is the most popular series of Bajaj where Pulsar 150 DTSi is regarded as the highest sold bike not only in India but also in Bangladesh as well. The reason behind is that it’s the most affordable price and long-lasting service. Since then, Bajaj has launched many products but not a single one can get popularity near Pulsar 150 DTSi. So, after many speculations, they have launched Pulsar 160 NS by loading the most upgrade technology which performance would take the biking to the next level. 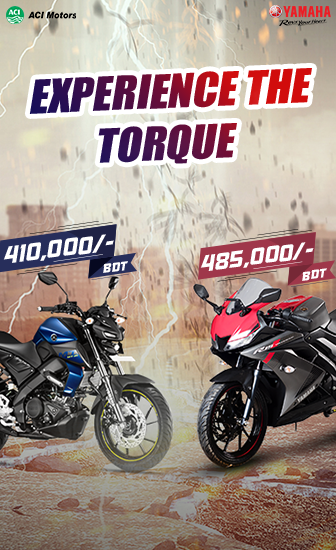 Design & looks: The looks and design of Pulsar 160 NS are totally gorgeous. It seems the best-naked edition model of Pulsar ever released. Though it seems to be a sports category motorcycle by its extraordinary design it is basically a standard bike. However, due to most stylish sporty looks, it is regarded as one of the best looking streetfighter motorcycles no doubt.

Engine performance: Like most of the bikes, Pulsar 160 NS consists of an air cooling system where the engine displacement is 160.3 cc. With the five-speed gearbox, the engine can run with 15.5 PS @ 8500 rpm highest and at the same time, it’s maximum torque is 14.6 NM @ 6500 rpm. However, Pulsar 160 NS is just the revised version of Pulsar 200 NS where the engine functioning system is almost the same. Twin spark, four-valve, single-cylinder with DTSi engine are the best features.

Dimensions & seating position: The length, width, and height of this speed machine are 2012*803*1060 mm respectively which can be compared with standard and sports bikes. However, the seat height of the bike is 805 mm. 170 mm ground clearance and 1363 mm wheelbase makes it a real speed beast. The seating position of this beast is totally different than the rest models of Pulsar. The seat consists of two parts which are almost the sports category. It would be tough to ride with two pillions instead of one of the motorcycle.

Suspension & Brakes: Like most of the attractive features, the suspensions of this machine are also amazing. The front suspension is a telescopic fork with antifriction bush and the rear suspension is Nitrox Mono Shock Absorber with a piggyback gas canister. Being a standard bike, it can be used as a sports bike as well due to its looks and body parts. As usual, it’s tyres are less wider than most of the motorcycles which consist of 80/100 – 17 and 110/80 – 17. The front brake is hydraulic disc and drum brake is used for the rear part of it. Due to better braking, it would be easy to control that beast.

Mileage: The mileage of this bike is pretty amazing. It would probably give almost 42 km mileage average which is more than any motorcycle in this segment. Besides, it would increase on the highway road. The fuel tank of this bike can contain almost 12 litres.

Instrument Panel & Features: The instrument panel of the motorcycle is completely digital along with a digital speedometer and tachometer. Besides, there would be many attractive features added in the bike but however, it yet to be revealed by the company.

Colors & Price: 3 different colors including Grey, Blue & Red launched in Bangladesh initially and hopefully we can see some colors of NS 160 in the near future. Though Pulsar AS 150 price was a little bit high in Bangladesh that’s why it’s expected price was 240K BDT. But finally, Uttara Motors which is a distributor of Bajaj in Bangladesh released the price of this bike is 189,500 Taka only.

If we consider all the sectors of this beast, we must say about it’s amazing looks which is the most rated things of this bike. Besides, in 160cc standard or sports bikes, only a few can provide such top speed but with this most extraordinary looks, not a single motorcycle could provide that which is just the other impressive things. The company of this bike is Bajaj which is the most popular and trust worthy company in Bangladesh and so, no need to worry about the resale value. Finally, just like Pulsar 150 DTSi and rest models, it’s control would be more impressive which will encourage the people to buy it. So, according to the news, it would be another best seller motorcycle of Bajaj hopefully.