Pulsar 150 DTSi is one of the most sold motorcycle in Bangladesh which consists of 149 cc DTSi engine and in 2017 edition of this machine, the engine is more refined and powerful. Since the releasing, Pulsar 150 DTSi has dominated the Bangladeshi market. In latest edition, Bajaj upgrade it’s fuel efficient system.

Bajaj is one of the most popular motorcycle manufacturing company in Asia as well as the biggest company as well based on India. In Bangladesh, Bajaj is considered as number #1 popular brand due to reasonable price and long-lasting quality products. Uttara Motors is the only distributor of Bangladesh which used to import Bajaj motorcycles from India. Since the beginning, Bajaj has launched different products in Bangladesh where Pulsar 150 DTSi is still the most sold motorcycles. Bajaj used to update their products every year or once every two years and according to the way, they have recently updated Pulsar 150 DTSi in 2017 which is currently known as Bajaj Pulsar 150 DTSi 2017. In the same segment, Pulsar 150 is still dominating the Bangladeshi market by considering the price range. 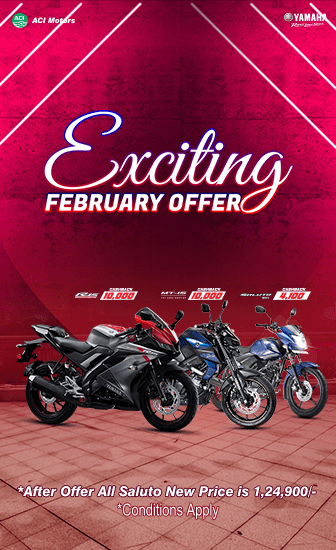 Bajaj Pulsar 150 DTSi is one of the best standard bikes in Bangladesh which seems compatible with different aged riders. Like the older, young generation used to buy this as their first choice within the budget. But, currently, some other bikes are available in the country which can compete with Pulsar 150 DTSi. So, Bajaj has released an updated version to ensure it’s dominance.

Design & looks: The latest edition of Pulsar 150 DTSi has a much more attractive design which also known as laser edged version of Pulsar due to its extraordinary graphics. The looks of this machine are totally gorgeous no doubt. When Pulsar released first in Bangladesh, it used to buy only top class people due to its high price tags but since then it attracted people much. Day by day, Bajaj upgraded their key products and now, it is amazing. Nicely shaped headlight, suitable fuel tank, and comfortable seating position makes it a beautiful speed machine. Due to the design, Pulsar 150 DTSi is popular with people of different ages.

Engine performance: In the edition of 2017, the engine of Pulsar 150 features with a smaller bore but stroke is longer. The maximum power of the bike is reduced to 14 PS @ 8000 rpm wherein old version of Pulsar 150, it was 15.6 PS @ 9000 rpm. But the maximum torque of the bike is increased to 13.4 Nm @ 6000 rpm where the last version possessed 12.5 Nm @ 6500 rpm. The engine mounts are also changed by the company by gearbox remained the same with five-speed. Some older editions of Pulsar 150 DTSi were best for speed but in the latest edition of the bike, it’s top speed was estimated 115 to 120 km per hour which is comparatively poorer than the rest same segment bikes.

Dimensions & seating position: The dimension of the motorcycle has remained as the old one where it’s length 2055 mm, width 755 mm and height 1060 mm which are complete in order of standard level. Due to the seating position, it can be examined as one of the best standard category bikes which cause no back pain to the riders. The wheelbase of the bike is 1320 mm and 165 ground clearance. However, the kerb weight of the bike is reportedly 144 kg which is quite heavier than looks. Due to heavyweight, it does not vibrate at top speed. Besides, it is quite comfortable for riders and pillion where almost two pillions can easily ride on it.

Suspension & Brakes: In the updated version of Pulsar 150 DTSi, suspensions are also upgraded where front suspension is telescopic forks and rear suspension is triple rated spring with five-way adjustable with 105mm travel nitrox shock absorber. Due to better suspension, Pulsar used to provide better comfort to the riders and pillion even in the long run. The brake of the bike is also updated a bit where 240 mm disc brake is used for the front wheel and 130 mm drum brake is used for the rear wheel. However, Pulsar is always good for the better braking system and amateur riders also use it without facing any problem.

Mileage: Bajaj also updated the mileage of Pulsar 150 DTSi 2017 where the old version used to provide only 40+ km mileage but according to the news of Bajaj, the new version of it would give almost 55 km mileage average which would be increased a bit on the highway by following proper rules.

Instrument Panel & Features: The new version of Pulsar 150 consists of almost a digital instrument panel that has some average features. But there are some extra features are added like stylish new decals, the bigger end can, updated heat shield for the silencer, Always on the headlamp, LED taillight, Backlit switchgear, digital speedometer, gear shift indicator, tank pad and so on.

Colors & Price: The new version of Pulsar 150 DTSi 2017 is available with three different colors named Laser Black, Nuclear Blue, and Dyno Red. The current price of this most popular bike is BDT 170,900.

Most of the fact of Bajaj Pulsar 150 DTSi is good only but fuel consuming rate. Though, company claimed it’s better fuel efficient technology but riders yet to make any final statement of it. Considering specifications and facilities, within the budget, it would be one of the good choice which can fulfill most demands of riders. It’s looks is considerably alright and customer service is also better than most. Besides, due to the demand, it’s resale value is also good.

Be the first to review “Bajaj Pulsar 150 DTSi” Cancel reply