Dayun Defender is a 150 cc standard bike and the manufacturer company is Dayun which is the origin of China. Chinese assembling, Dayun Defender is four stroke bike which max power is 8.5. More than 110 km per hour top speed, the mileage of the bike is more than 40 km.

Nowadays, the two-wheelers products are very popular vehicles in Bangladesh and there are different branded bikes are available in Bangladesh. Some brands from India, some from Japan, Korea. But, currently, the cheap two-wheelers are imported from China. Due to Chinese manufacture and assemble, Chinese motorcycles are so cheap in the country and so, their users are increasing every day. The business is too good and so, many Chinese brands used to import their products in Bangladesh through their own distributors. They used to provide the latest model products within a reasonable prices which is poorer than Indian and Japanese brands motorcycles. 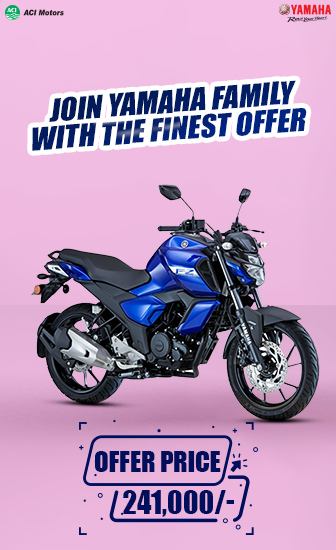 Currently, there are many Chinese brands are available in Bangladesh like Lifan, Loncin, Zongshen, CF Moto, Haojue, Znen, Dayun and some more. Dayun is the newly arrived Chinese brand in Bangladesh which is yet to get huge popularity but due to their stylish products, they would perhaps make it to the goal.

There is a number of categories of bikes are available from Dayun where 150 cc is the highest. According to the government of Bangladesh, more than 155 cc bikes are not allowed and so, Dayun has brought 150 cc bikes in the country which is Dayun Defender.

Dayun Defender is a standard bike that is assembled in China. It has come to the market a few months ago. Most of the people in the country do not have enough knowledge about this machine and some are not aware of it. So, today we talk about the details of Dayun Defender which will help to get the primary concept of the bike.

Design & looks: Dayun Defender is a good looking standard bike that has a bit sporty flavor. Fuel tank and seat are the most stylish of the bike where there is an extended kit is added to the tank. The seat is two parted and the pillion seat is pretty higher. The stylish and divided pillion grabrail is added. The wheels are alloyed with a newly designed mud guard is included. Besides, the headlamp is also nice looking. However, this is a bike that is compatible with any type and any aged riders.

Engine performance: Dayun Defender is a 150 cc bike but real displacement is 148. This consists of a single-cylinder, air-cooled engine with 8.5 @ 7500 rpm max power and 11.5 @ 6000 rpm max torque. The approximate top speed of Defender 150 is 110 km per hour. The compression ratio is good with a wet-type clutch plate. Engine oil capacity is greater than most of the bikes which can contain 1.2 liters.

Dimensions & seating position: Dimension of the bike Dayun Defender is (2070 mm * 810 mm * 1185 MM). The length, width, and height are good which have a 1330 mm wheelbase. Fuel tank capacity is 13 liters reportedly. However, the weight of the bike is pretty heavier with 143 kg and can take 150 kg maximum load. Due to a good and comfortable long seating position, three-person can ride on it.

Suspension & Brakes: The suspensions of the bike are somewhat changed and updated where the front suspension is the same as the rest standard bike which is telescopic. But the rear suspension is mechanical spring. Besides, the braking combination of the Defender is good with the front disc and rear drum brake are added. However, the tyres are also wider than most of the same segment standard bike where the front tyre is 100/80 – 17 and the rear tyre is 130/70 – 17.

Mileage: According to some websites, the average mileage of the bike is almost 50 km but actual mileage would some less than that. The mileage is more than 40 km reportedly.

Instrument Panel & Features: Dayun Defender’s instrument panel is heavy attractive and updated. It has analog rpm meter but rest features are digital. The speedometer, trip meter, odometer, fuel gauge, clock all are digital and attractive. Besides, the handlebar consists of a number of switches with some features.

Colors & Price: Black, Red and Yellow colors of Dayun Defender are available in the Bangladeshi market. The price of the Defender is BDT 1,27,000. Within this budget, 150 cc bike in Bangladesh is almost impossible but Dayun has made it.

Dayun Defender is a Chinese bike which most important feature is it’s controlling. Due to wide tyres and disc and drum braking combination, amateur riders also control it. Besides, it’s weight is good which used to help to keep the bike on the track. The speed is also good as well as the acceleration. But, the brand is new in Bangladesh which service center is not available in everywhere. And resale value is also poor. But, those who wants to taste a powerful bike in poor price can take it.

Be the first to review “Dayun Defender” Cancel reply