Honda CB150R Streetfire is a top rated naked edition sports bike in Bangladesh manufactured by legendary Honda company originated in japan. The bike has possessed 149.16 cc engine displacement which can unleash 16.8 Bhp max power. The bike is the direct rival of Yamaha Vixion and Suzuki GSX – S150 in Bangladesh.

There are a number of products of great Honda company are available in Bangladesh where just before of 2011, Honda jointly ventured with Indian Hero company. But in 2011, they were being separated. Now, just Japanese Honda used to export their products in Bangladesh through their distributor. Honda CB150R Streetfire is one of the top category sports bike of Honda which is basically naked edition of CBR. The bike is released to compete Yamaha Vixion which is also a naked edition sports bike. Honda is one of the top two wheeler manufacturer in the world as well as the most trustworthy company. So, people used to believe in their products. Though, young generation of Bangladesh used to select full faired sports bike instead of naked edition but considering the low price segment than full faired, naked edition has also become popular 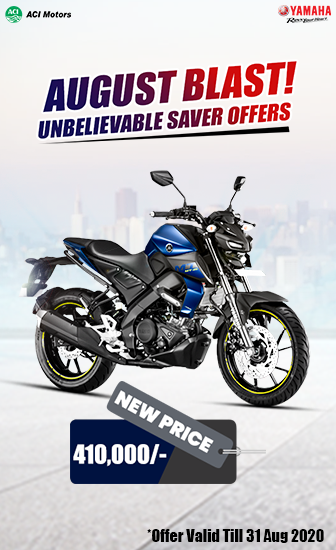 Honda CB150R Streetfire is also regarded as one of the fastest naked edition sports commuter in Bangladesh which has plenty of latest features included. The bike has gorgeous outlooks with almost same price range as Vixion. However, recently CB150R Streetfire has got new opponent in market where Suzuki has revealed new naked edition sports category bike in Bangladesh which is GSX – S150 and the price range of the bike is same with Streetfire. This three bikes are the top competitors in market right now. But, Honda is still one step ahead of them as they are one of the oldest two wheeler brand which used to export their product in Bangladesh since long. Besides, the rural people of the country still regards Honda as the most known brand and so, their popularity is limitless no doubt. So, their brand value is also better and obviously their engine quality is seems best one in the world. And every times, they use latest technology for making the new product and as one of the latest addition of Honda family, CB150R Streetfire has got the best technology. Here we present the complete specification details of the the bike below.

Design & looks: The looks and style of CB150R Streetfire is completely amazing and it can fill the every requirement of sports category except just one which is the bike is without fairing. Naturally, we used to call full faired bike as the sports bike but filling every demand of sports category, the bike is also called naked edition sports bike. However, most of the people of the country can not afford huge amount to ride a sportbike and so, Honda removed the fairing as well as also reduce the price to make it affordable to the people. And in that case, they have succeeded. It has sporty fuel tank along with aggressive kits on the both side of the tank. Though, there is no engine guard included but nicely designed black color alloy wheels are placed. The seating position of the bike is also sporty but not split up which looks suitable with the tank. Moreover, Honda has made the bike by counting all the possibilities and so, no one can make any question about the bike and should be placed the bike one step ahead than it’s rest competitors.

Engine performance: Honda is the reputed company and no one can put any question mark about the engine quality of the bike. The company does not want to make any fault with the engine and so, they have also used best quality liquid cooled, four stroke engine which consists of 149.16 cc displacement, Besides, the engine consists of four valve, single cylinder, DOHC technology which has fully transistorized ignition system. The max power of the bike is 16.8 Bhp @ 9000 rpm and max torque is 13.8 Nm @ 7000 rpm. The speed is bit lower than CBR but enough to reach 135 km per hour top speed without any problem.

Dimensions & seating position: Though, it is a naked edition bike and seems little but it is pretty longer than looks. It’s length is 2019 mm, width is 719 mm and height is 1039 mm. The seat height of the bike is 797 mm and consists of 1293 mm wheelbase. The width and height of the bike are little less but standard sports category maintained. The weight of the bike is 136 kg dry which is pretty heavier than looks. Due to better weight, the bike can make great speed without any vibration or some bad noise. The seat is not split up and so, pillion can easily ride on it.

Suspension & Brakes: Honda has also concerned about the comfort of the product and so, they used best quality suspension into Streetfire. Telescopic suspension is used for the front wheel of CB150R which is completely suitable for naked sports bike but for rear wheel, Honda has used single swingarm suspension which is also capable to provide comfort to the riders and pillion. Honda company is also concern about the controlling of the speed machine and so, they have provided dual hydraulic disc brakes where front disc is 276 mm and rear disc is comparatively smaller which is 220 mm. However, front brake with dual piston and rear one is single piston included.

Mileage: Honda should upgrade the the fuel efficient technology of the bike. Because the mileage of the machine is too poor. According to the reports, it used to provide approximately 30 km average mileage which is so expensive for mid income people. They hopefully, update the system in near future.

Instrument Panel & Features: The instrument console of Honda CB150R Streetfire is full digital and consists of latest features. The speedometer is digital, digital tachometer, trip meter and odometer are also digital. There are also digital clock and fuel gauge included. Besides, there are pillion grabrail, pass light and powerful headlamp included to the bike.

Colors & Price: The current price of CB150R Streetfire in Bangladesh is BDT 3,80,000 which are available in three different colors. They are Quantum Red, Macho Black, Rapid White.

Looks, comfort, speed and controlling four are most important facts of the bike which makes it one of a kind. Though, the price for a naked edition machine is higher but consider the rest naked edition bikes, it seems perfect. Besides, Honda is one of the most reliable company and so, there is no tension at all for resale value of this monster. The worst part of this machine is it’s poor mileage. Company should update it within very short notice.

Be the first to review “Honda CB150R Streetfire” Cancel reply