Honda Dream Neo is a respective product of Dream series of Japanese manufacturer Honda which is a 110 cc bike. It is an entry level standard commuter which is currently available in five different shades. Consists of 8.25 Bhp max power, Dream Neo can make 86 km per hour top speed. Suzuki Hayate, TVS Metro Plus, Hero Splendor Plus are the top rivals of Honda Dream Neo.

No need to describe about the Japanese Honda company because people already knew it. Honda is one of the top ranked motorcycle manufacturer in the current world which is the origin of Japan. Honda was the founder of the company who was born in Japan. Honda is best for not stylish bike but for most reliable engine. The demand of Honda products are too high in the world and due to quality products, the price range is little higher but still affordable. Like many countries, Indian sub continent are also the crazy fan of Honda and now, the products of Honda are assembled in India. Bangladesh is one of the biggest customer of Honda motorcycles and there is Honda distributors in Bangladesh which used to import their products here. There are number of model of Honda bikes are available in the country where some 100 – 110 cc bikes, some are 125 cc and rest are 150 cc bikes. But there are couple of latest model Honda scooters are also available. 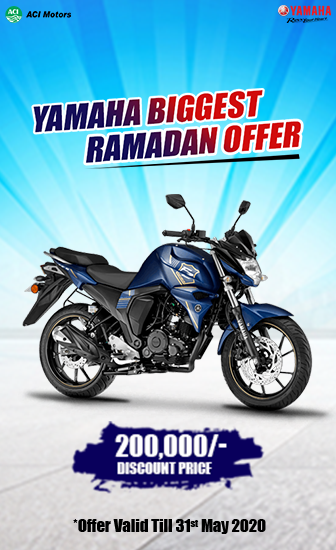 Honda used to release new series oftenly where Dream series is one of the most attractive standard commuter category. The bikes from the series are also popular in Bangladesh and so, Honda has released a new model of the Dream series named Honda Dream Neo. It is the 110 cc motorcycle which is one of the to target of middle aged people. There are couple of reason behind it. Major and first one is it’s reasonable price with most standard looks and 2nd one is it’s impressive mileage. So, it would be one of the top choice of job holders in the country no doubt.

After the bike has come to the market of Bangladesh, within 110 cc bikes, it has started to dominate the market with standard looks, better mileage and cheap price. Though, it’s competitors have also the many positive sides and considering all the facts, there are two same segment bikes in the country which are the top rivals of Dream Neo. They are Suzuki Hayate and TVS Metro Plus. But still, the price of Dream Neo is cheaper than them. Here we provide the whole specification of the bike Honda Dream Neo below.

Design & looks: The design of Honda Dream Neo is simple which might be selected at the first time. Most of the features of Dream Neo are same as it’s elder cousin Dream Yuga. Though, there are still some minor changes have noticed which differentiates Neo from Yuga. It has standard fuel tank and matching seating position. The side indicators are orange colored but rear view mirrors are black colored but stylish. The both tyres have black colored alloy wheels but engine guard is not added to the bike. There is pillion grabrail which is black colored and matching.

Engine performance: The engine of Honda Dream Neo is most reliable which consists of 109.19 cc engine displacement. The engine also consists of latest Honda Eco Technology which used to reduce the friction and improve the fuel efficient system. However, it’s has single cylinder and air cooled technology which generates 8.25 Bhp @ 7500 rpm max power and 8.63 @ 5500 rpm max torque. 9.9:1 compression ration is good for the Honda.

Dimensions & seating position: The bike Honda Dream Neo is quite long and the seat is wide and comfortable. Overall three persons might ride on the bike at the same time. However, it’s weight is 107 kg which means it is pretty lighter and so, it can be used by amateur riders as well. It’s length is 2009 mm, width is 737 mm and height is 1074 mm. However, 179 mm ground clearance of the bike used to keep it out of reach from the road obstacles. Though, it’s wheelbase is not so good which is 1258 mm with 8 litres fuel tank capacity along with some reserve capacity.

Suspension & Brakes: Due to best quality standard bike, Honda Dream Neo has better quality suspensions which consists of front telescopic fork and rear, spring loaded hydraulic suspension are used. Instead of front disc brake, company used drum brake in the front wheel which is 130 mm. Rear brake is also drum which is also 130 mm. The bike is not for heavy speed and so, drum brakes would capable to control it but in Bangladesh, at least front disc brake is needed due to heavy traffic on the road.

Mileage: The bike Dream Neo is one of the best bike in 100 to 110 cc segment by considering the mileage. According to the reports, the bike used to provide more than 70 km mileage average which is so amazing and it is the prime reason to buy this Japanese machine. Though, considering the city road, the mileage would not less than 65 km.

Instrument Panel & Features: Instrument console of Honda Dream Neo is fully classic and analog. There are analog speedometer and analog rpm meter. There is no clock is noticed on the console but fuel gauge is placed. However, the headlamp is 12V 35/35W and standard tail light.

Colors & Price: There are five different colors are available of Honda Dream Neo in India but all of them are not available in Bangladesh. Black with violet stripes and Alpha Red metallic are the two available colors in Bangladesh. The price of the Dream Neo bike is BDT 1,19,000.

The looks of the bike is not so impressive to the young generation but a bit old people, it would be good selection. Completely decent looking bike will provide better confident while riding. It’s handling is also good and due to light weight, riders would get advantage to move it. It’s top speed is 86 km per hour reportedly which is a bit lower but considering the engine of the bike and reliability, it is perfect. However, the bike from the most reputed Honda brand and so, it’s resale value would be great. Finally, within the budget, it would be tough to find the competitor of Honda Dream Neo in our country.

Be the first to review “Honda Dream Neo” Cancel reply