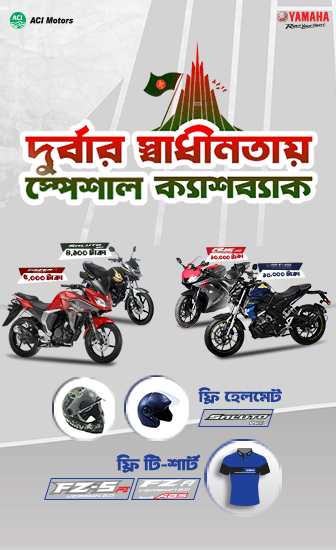 The runner is the Bangladeshi motorcycle manufacturing company where the products of Runner are assembled in Bangladesh as well. Almost 500 motorcycles are manufactured in the factory of Runner in Bangladesh reportedly and according to the calculation, almost 1,00,000 motorcycle used to be made every calendar year. So, it has proved the capability and reliability of the company.

However, in the beginning, they just produced small segment bikes for those who could not afford huge for a bike. And their products were mostly 100 to 125 cc. But recently, they have revealed a 150 cc bike and its price is also reasonable. People would get the bike with a price of 125 cc bikes from reputed brands. Currently, their top 150 cc product is Runner Knight Rider which was unveiled in the market a few days ago. However, after releasing the products, the demand for this machine is increasing every day. People would like to take the bike for considering the powerful engine and they have faith in the company as well.

Besides, the price of the bike is within range and mid-income people can be the respective owner of the bike. For low-class people, Runner has kept the installment facilities and they would get the option to pay the amount within twelve to twenty-four months. So, it’s demand in the market is growing.

The full specifications of Runner Knight Rider 150 are given below.

Design & looks: The fuel tank and seating position of Runner Knight Rider is somewhat similar to Lifan KP V2.0. The seating position is the same as split and grabrail is also the same. The fuel tank is a bit less aggressive than KP. However, Headlamp is also different than KP and it is fully standard. Though it is sports looking standard bike the engine guard is not added to the bike which is a bit odd.

Engine performance: The engine of Runner Knight Rider consists of 150 ccs. Besides, it has 11.926 Bhp @ 7500 rpm max power and 12.2 Nm @ 5500 rpm max torque. Due to sports looking bike, it’s speed is reportedly very good. Its top speed is almost 120 km per hour. However, an air-cooled system engine where kicker and self-starting methods are both used.

Dimensions & seating position: Considering the length, the bike Knight Rider is a bit small which length is 2050 mm. Width and height are perfect which are 740 mm and 1065 mm respectively. However, it has a good wheelbase of 1360 mm which why its speed is better. The ground clearance is 165 mm/ According to the company, it’s kerb weight is 135 kg which can carry almost 150 kg load maximum. Due to the sports looking split seating position, one pillion can ride on it comfortably.

Instrument Panel & Features: The instrument panel of Runner Knight Rider consists of analog and digital tachometer and speedometer. There are a digital fuel gauge, digital gear display, odometer and some other features included.

Colors & Price: Black, Blue, and White are three gorgeous colors of Runner Knight Riders that are currently available in the market and the current price is BDT 1,56,000.

Excluding fuel tank, the looks of Knight Rider is almost same as Lifan KP. It has sport looks and amazing style. The handling and control are also good where the brake combination is disc and drum. Besides, it’s price is much reasonable than same segment bikes in the country and so, it’s usage is increasing day by day. However, nowadays, Runner used to provide better customer service to the customers and their showroom in Bangladesh is every districts. Due to much availability with reasonable price range, young generation who would like to taste stylish bike but does not have proper budget, can buy the bike from Runner.

Be the first to review “Runner Knight Rider” Cancel reply