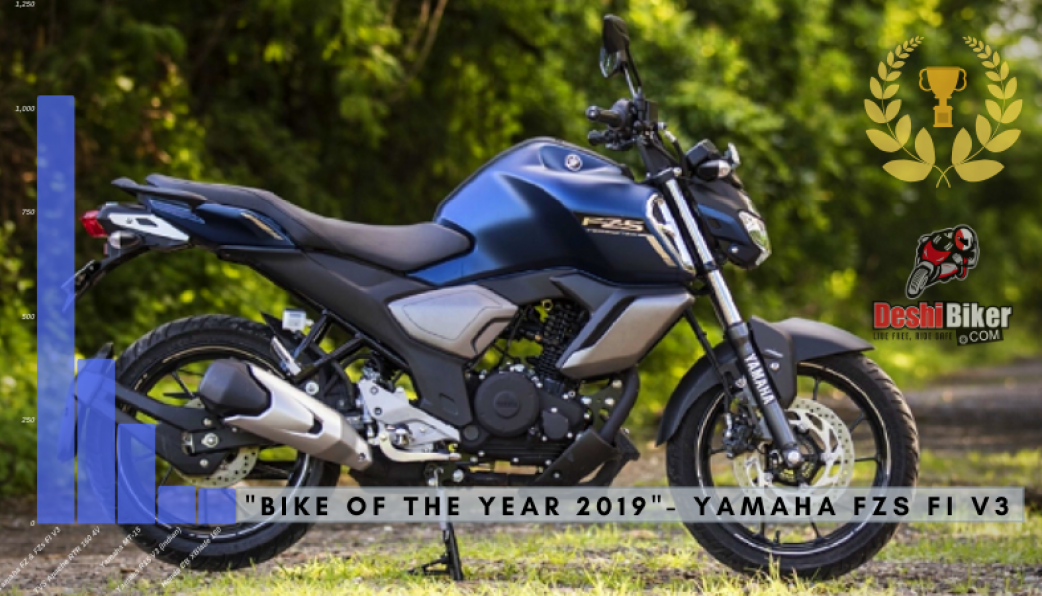 Deshibiker is one of the largest motorcycle website and biking community in Bangladesh. Not only it just provides information to the riders but it also concerned about bikers’ rights and safety. Recently Deshibiker made a survey for the most popular bike in 2019 in Bangladesh. Deshibiker made this survey on its official Facebook group. Those who have a passion for the bike are the members of this group.

This is not an easy task to select a single motorcycle among all. That’s why Deshibiker created a voting poll for the best motorcycle of the year and this survey was run for 10 days. Deshibiker community was allowed to put their votes freely. Yamaha FZ & FZs V3 got the highest number of vote from the bikers. 2,187 passionate bikers put their vote in this poll and Yamaha FZ & FZs FI V3 got 1031 which is the 45% of the total. Though the voter amount was not too large but if you will do the probability math, surely this bike will win the race with a big difference. Here are the top 5 motorcycles according to the poll,

2019 was a great year for the motorcycle industry in Bangladesh. Almost every leading motorcycle manufacturers launched their best and premium bikes. So now we will discuss why people chose these 5 bikes among all others.

Basically, this bike was launched in 2018. But it took some time to get attention to the bikers. In 2019, it started to enter the limelight. This one is one of the biggest competitors in the 160cc naked sports segment. There was a complaint about RTR’s braking system, but TVS did some excellent work on it. The current market price of this bike is 178,900/-.

This is the naked version of Yamaha R15 V3. Yamaha launched this motorcycle in the middle of 2019. In the beginning, the price was a little bit higher. But after a few months, Yamaha reduced a big amount for this bike. This bike equipped with the same engine as R15 V3. The most attractive part of this bike is its headlight. It’s not as fast as R15 V3, but it is one of the fastest naked sports bike in Bangladesh.

Yamaha R15 V3 is one of the performance orient and advanced featured motorcycle in Bangladesh. In the middle of 2019, Yamaha launched the Indian version of this bike. This version equipped with a dual-channel ABS braking system, Telescopic fork front suspension, and a different color scheme. The price of this bike is also lower than the Indonesian version.

Honda Private Ltd Bangladesh gave a surprise by launching this motorcycle at the end of 2019. Bikers were eagerly waiting for this bike for a long time. This bike came with the same engine as CB Hornet 160R. But its look and design make it different from the other bikes in the 160cc segment. In the 160cc segment, this one is the lowest priced bike in Bangladesh.

As I said, 2019 was a great year for the motorcycle industry. Hopefully, 2020 will be even bigger.