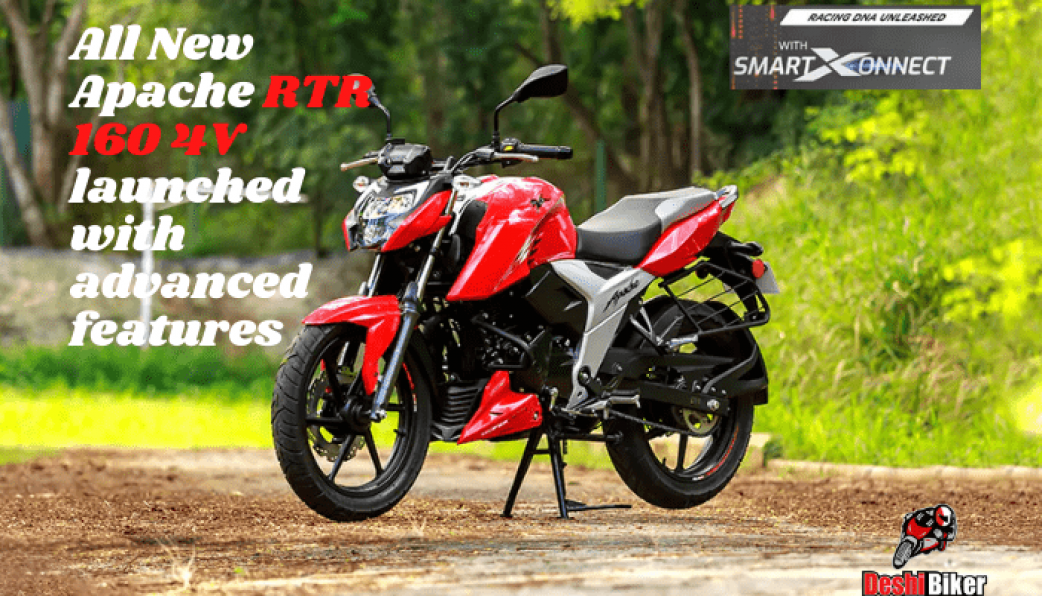 TVS Apache RTR 160 4V already created a huge market place in Bangladeshi market. There was a complain about Apache’s braking and controlling system. But TVS finally cope-up with this problem and able to provide better braking system than previous versions. And finally TVS launched the updated and new Edition of TVS Apache RTR 160 4V in Bangladesh. This new edition gets some updated and advanced features.

This new edition equipped with the same headlight and dashboard setting like its elder sibling Apache RTR 200 4V. The headlight setting looks more gorgeous and attractive than the previous version. The parking light now mounted at the out side of the headlight and looks like a angry animal claw. Though the dashboard setting looks like the previous version but a new feature added into it called TVS Smart XConnect. This feature connect with phone via Bluetooth and shows essential information. These are, 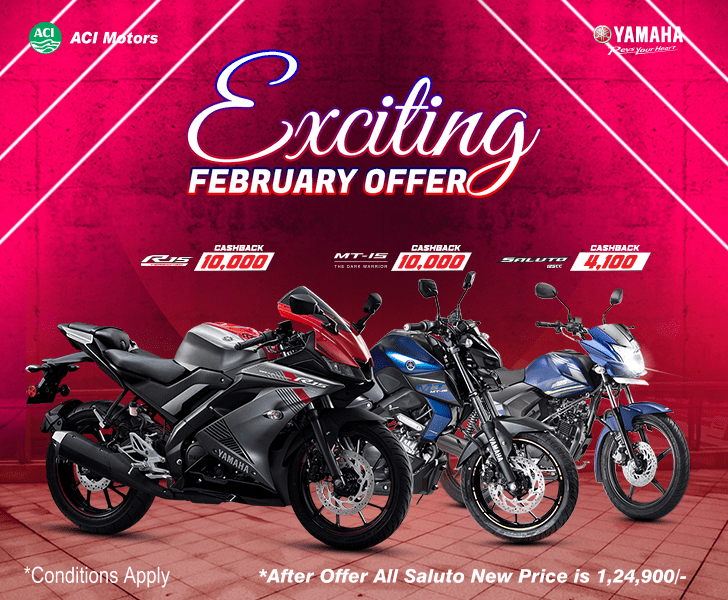 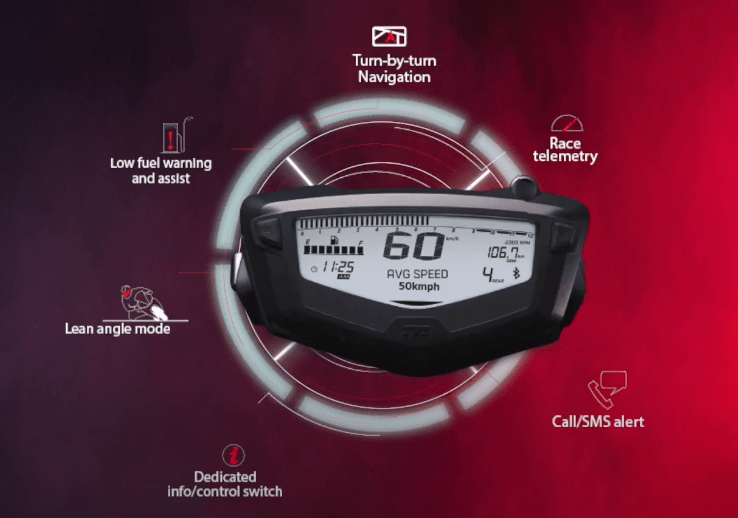 Not only that, this updated edition also equipped with Euro grip sports racing radial tyres and refreshed racing aesthetics under the fuel tank. This racing radial tyres used in the race tracks and provides amazing grip and confidence. TVS also provides a better and comfortable single stair seat than previous one. Apart from these, there are no changes in its engine performance, suspension set-up and design.

TVS Apache RTR 160 4V has powerful and reliable engine technology which is powered by a 159.7 cc engine. It consists of carburetor fuel delivery with the option of fuel injection technology. The bike has one cylinder and four-stroke technology added that can generate 16.28 Bhp max power in 8000 rpm and 14.8 Nm max torque at 6500 rpm. However, there is an oil cooling system added with ram air assist. It has both selves and kicks starting system added. The bike RTR 160 4V has upgrade quality quick acceleration that will prove it’s instant speed. Its top speed will be more than 132 km/h.