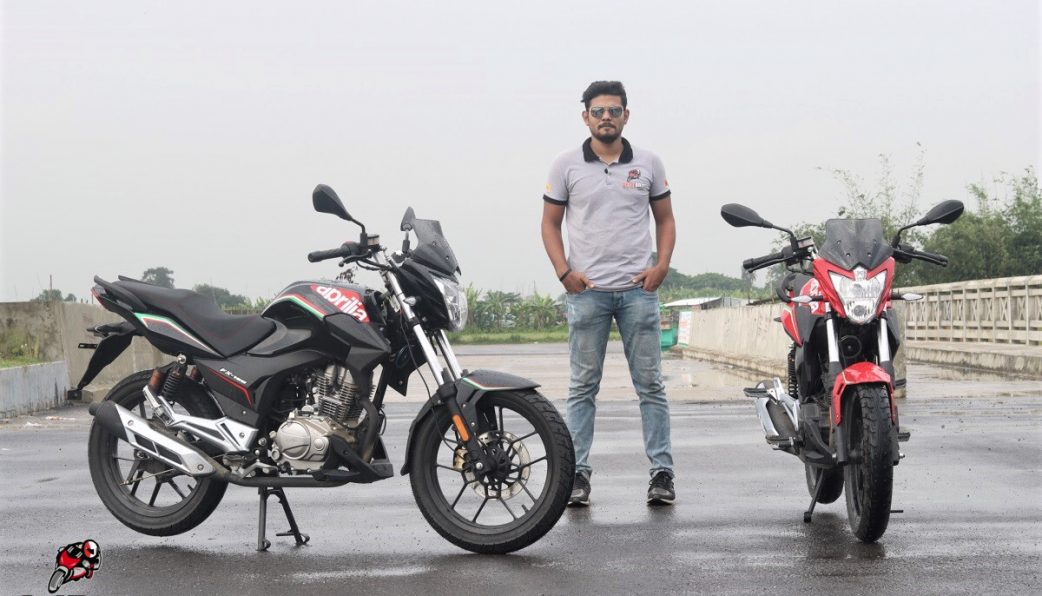 Due to the high demand for the commuter motorcycles in Bangladesh, almost every motorcycle companies has their bikes in this segment. But only Entry Level Sports Bike RS4 125 of Italian brand Aprilia was available in Bangladesh with the hands of some gray importers. But since Runner Automobiles LTD became the sole-distributor of Aprilia Motorcycle in Bangladesh, it has been launching bikes of almost all segments of this brand.

The bike that we will discuss with you today is the Aprilia FX 150. However, there is a 125cc variant of this bike also available in Bangladesh. There are no major changes but engine displacement. These bikes are available with four different color shades. Those are Red, White, Blue and Black.

First of all, let’s talk about design. Although the design and graphics of these two bikes are simple, but the curve design of the fuel tank and the Aprilia logo give a very decent look. A small extension kit has been added to the front of the fuel tank and it also has an engine cowl, Through which Aprilia has tried to give the bike a somewhat sporty look. Its headlamp unit uses dual-halogen bulbs, but its tail lights and side-indicator lights are LED. It also has a side reflector in the front suspension so that the bike can be notified from the side.

The most positive aspect of these two bikes is their Euro-3 standard engine. Euro Standard engines are usually smooth, economical and performance oriented. It’s hard to find any Euro Standard engines in Bangladesh. The Aprilia FX 150 uses a 4-stroke, Air-cooled, 149.2 cc EFI engine that can produce 10.4 Bhp maximum power at 8000 rpm and 11.5 Nm of torque at 5500. 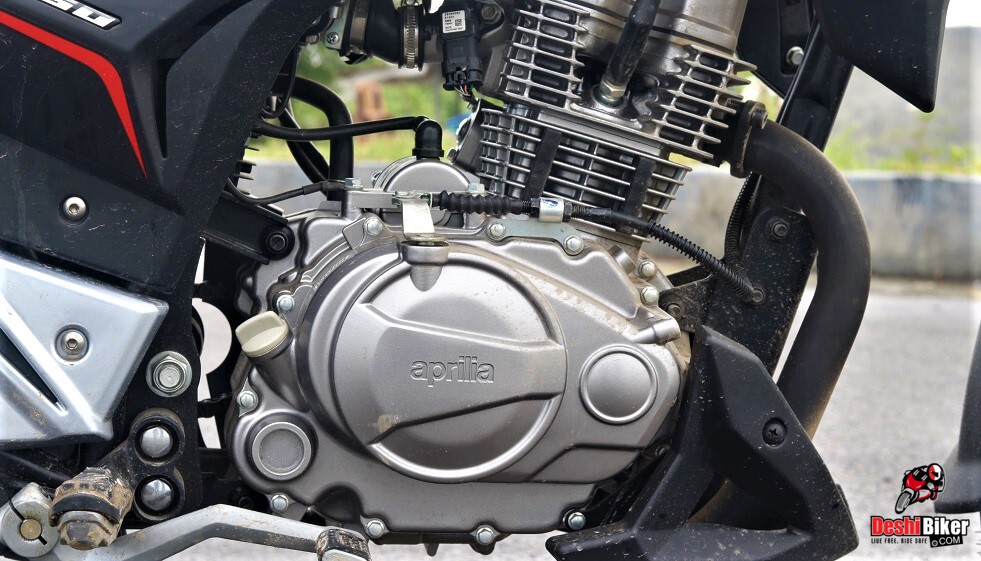 On the other hand, Aprilia has also used Air-cooled and EFI engine in its 125 CC variant. This is the only 125cc commuter motorcycle in Bangladesh that has Electronic Fuel Injection system. Its 124.7 cc engine can churn out 9.66 bhp maximum power and 12.3 Nm of torque. The most interesting part is that 125cc variant gets more Torque power than the 150cc segment. Although the engine power of the two bikes is almost the same, but the power delivery and acceleration of the 150 cc segment seemed quite excellent. Both motorcycles have 5-speed gearbox and wet multi-plate clutch for better transmission. In addition, the two bikes can be distinguished only by the color of the engine. The 150cc variant has silver color and the 125cc segment has black color engine. 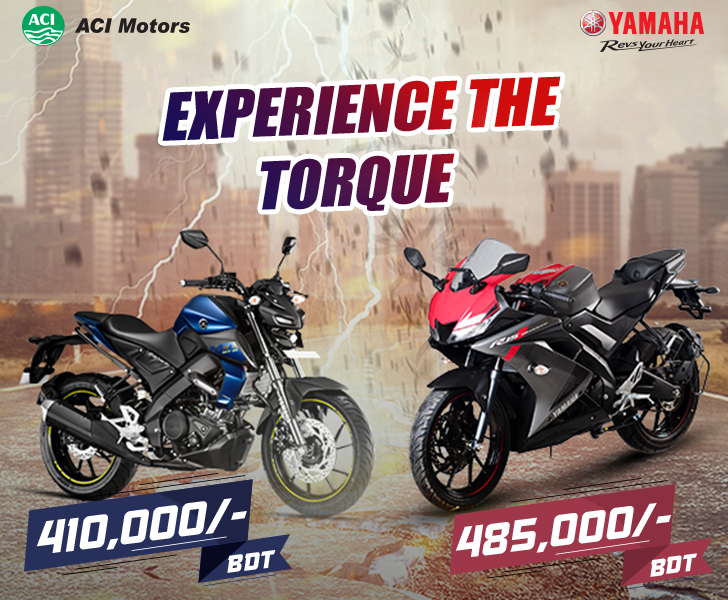 The 125cc variant is standard with its dimension. But the 150cc could be more stylish, bulky and aggressive. Both variants got the same dimension. Overall length of these two bikes are 2030 mm, width 785 mm, height 1075 mm and standard ground clearance 165 mm. Both of these bikes can hold 18 liters of fuel, which is the highest in the 125 or 150cc segment. But the riding seat is not enough wider and well-shaped. However, if the seat was a little wider and round, it would be more comfortable for riding.

The two variants of this bike have the same suspension setting, dashboard, seating and riding position. So when you talk about one bike, you will get an idea about the other automatic. 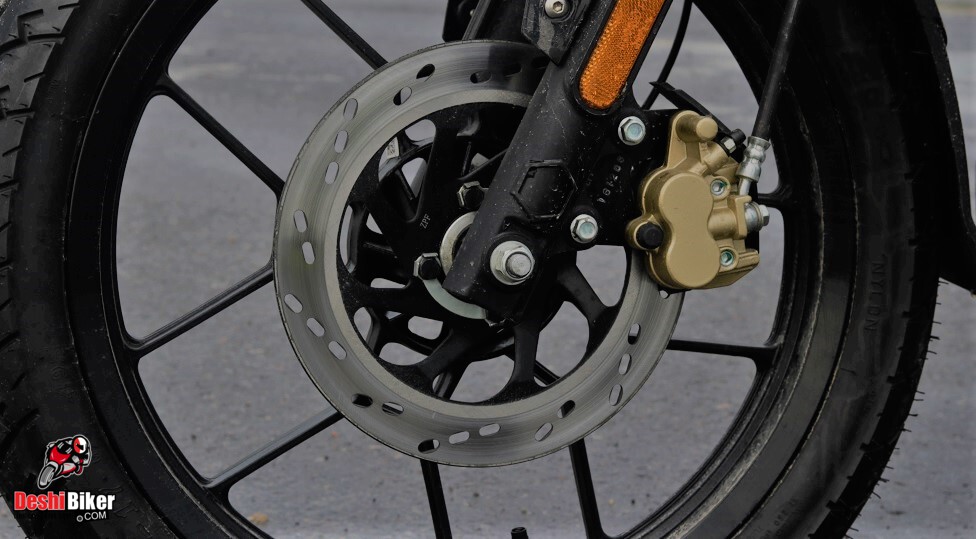 No changes were made to the braking and tire sections. 240 mm disc at the front and 104 mm drum brakes installed at the rear wheel. There will no CBS/ABS braking system of these bikes. The front wheel has 90 / 90-17 and the rear has 110 / 80-17 section tubeless tyre. Although 110 section rear tires are standard for the 150cc segment, but In the 125cc segment, 110 sections have not been used as stock tires for any bike before.

The bike has Telescopic Fork on the front and Hydraulic Dual-Shock suspension on the rear. Dual-Shock suspension is generally suitable for off-road and ride with Pillion. So those who like to tour will get some extra advantages from the bike. The seating and riding position feel comfortable. Both bikes use aluminum clip-on handlebars and the handlebars are up-raised. There is also a stylish pillion grabrail attached on it.

Semi-digital dashboard has been installed on both the bikes. Although the tachometer is analog, other features like speedo meter, trip meter, fuel gauge, gear indicator etc. are digital. 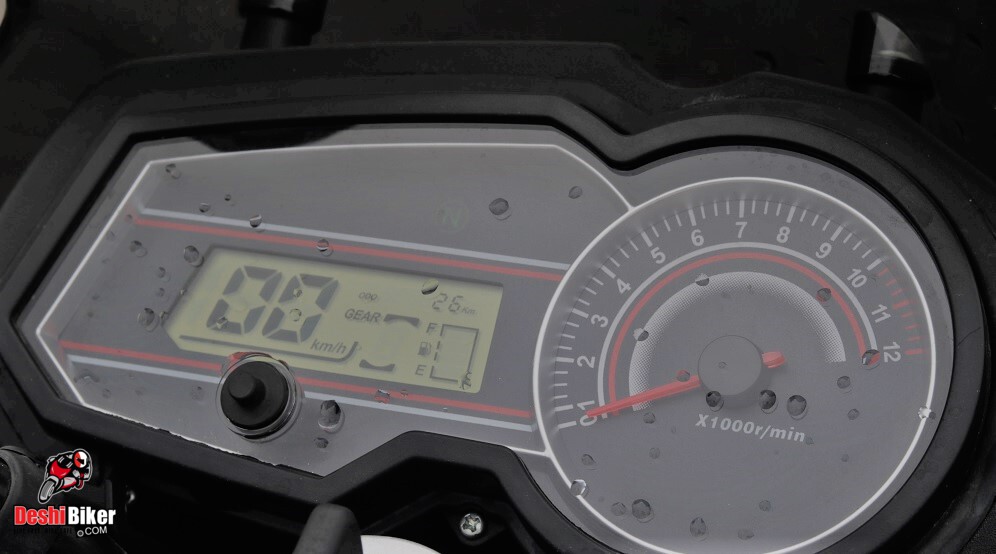 Aprilia reduces both of these bikes price. Now the FX 125 is available at 145,000 BDT and the 150cc variant cost 160,000 BDT. For who are looking for a performance orient commuter motorcycle can take a look into these motorcycles. There is also Test Ride facility in their Tejgaon showroom.