Yamaha and Suzuki are the top-rated motorcycle brands in Japan. They having a great rivalry since the beginning. They have a huge customer base all over the world and also the biggest companies. They have also expanded their business in Bangladesh with some local distributors. ACI Motors Ltd and Rancon Motorbikes Ltd are their sole distributor. These distributors ensure the parts and customer services. Yamaha FZs V3 and Suzuki Gixxer 155 are the best-naked sports bike in the 150cc segment. These motorcycles have different customers in choice. Basically, for those who like to commute and want better control, FZs V3 is suitable for them. For those who like to accelerate and engine power, Gixxer 155 is their automatic choice. So, let’s find out which motorcycle is better than another for its features and configurations.

Gixxer is the most popular motorcycle series of Suzuki in Bangladesh. Last year, they had launched the new edition of Suzuki Gixxer 150 in Bangladesh. The design, looks and graphics are completely different than the previous version. This new edition gets cutting-edge design and attractive color shades. Sculpted fuel tank, front extension kit, aluminum exhaust muffler, split seats give this bike a sporty look. Suzuki also changes the design of the headlight and it looks more gorgeous than the previous version.

FZs is the best-selling motorcycle series of Yamaha in Bangladesh. When the latest version FZs V3 was launched in 2019, it was an instant success. It’s got a little influence from its previous version and FZ25 bigger version. The front end of the bike gets some new looks with a new tank design, tank shrouds, and a new console. The handlebar position is a little bit raised than the previous version for the riding comfort. Its new tyre hugger and new exhaust muffler give it a sportier look. This bike’s headlight area is also familiar like its elder siblings. A newly designed stylish plastic resin tank cover will give it an extra sporty look. 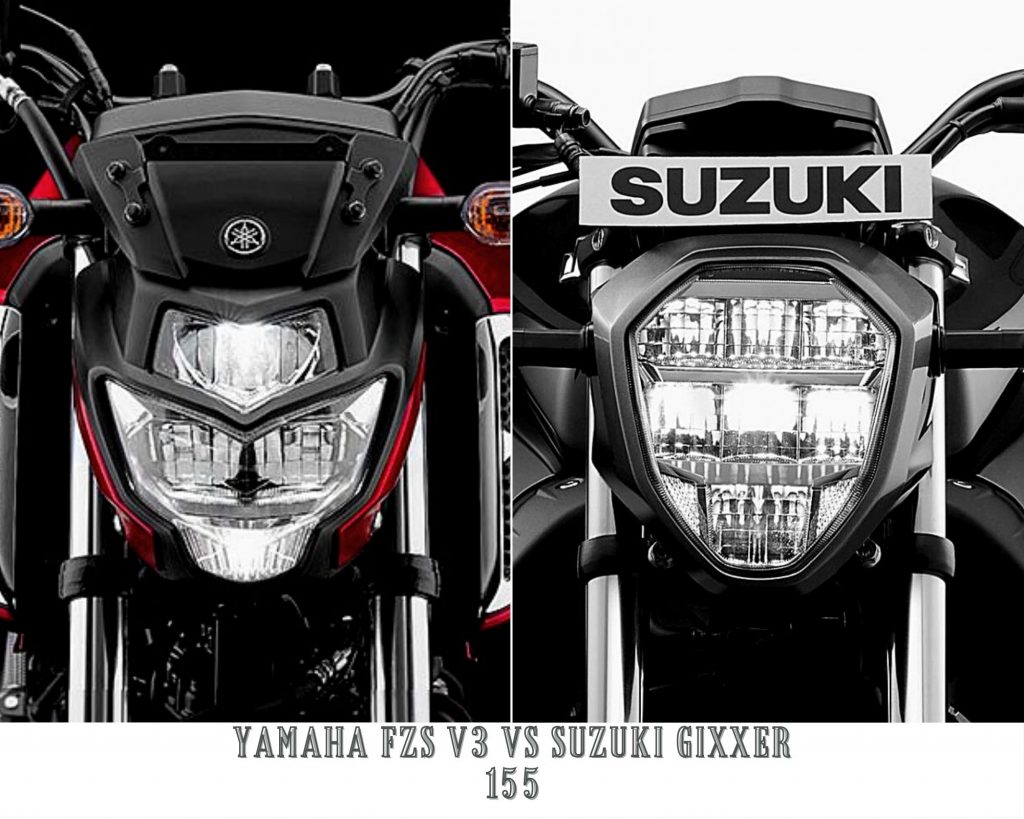 Suzuki Gixxer 155 has a huge fan base among the young generations because of the acceleration and power delivery. This new version equipped with 0.7 bhp less power than the previous version. But the other engine features remain the same.  It decorated with Single Cylinder, 4-Stroke, 2 Valves, SOHC, 154.9 cc engine which can churn out 14.1 PS maximum power at 8000 rpm and 14 Nm torque at 6000 rpm. This new engine gets BS6 approved. The approximate top speed of this bike is 130 km/h.

Yamaha FZs V3 is not the perfect bike for those who love to accelerate and hit the top speed. But it has a great mid-range power which is pretty helpful during highway riding. Yamaha FZs V3 is inspired by its advanced blue core engine technology. This naked sports bike has a 149cc displacement air-cooled engine which can deliver 13.2 PS @ 8000 rpm maximum power and 12.8 Nm @ 6000 rpm maximum torque. this motorbike got a 5-speed gearbox better performing transmission. 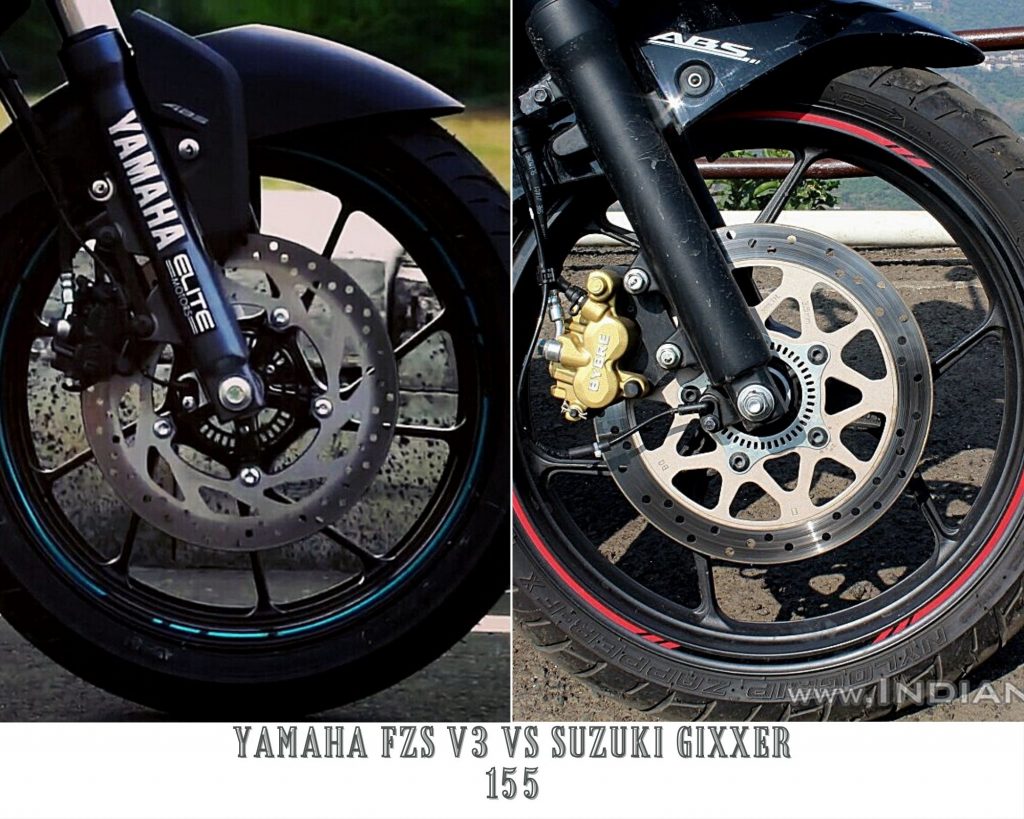 Yamaha FZs V3 is known as the pioneer of the ABS system in the 150cc segment in Bangladesh. When it was launched in 2019, it was the only motorcycle in the naked sports segment. The braking power generates by a 282 mm disc in front and a 220mm disc in the rear wheel. Yamaha also uses the reputation Baybree caliper with the front disc. You can also ride easily in a long tour for its up-right handlebar. After one year of launch FZs V3, Suzuki launched the FI & ABS version of Gixxer 155 in Bangladesh. Besides that, a 250mm disc brake used in front and a 220 mm disc brake in the rear wheel. Though it’s a sports bike, the handlebar is ergonomic for comfortable riding.