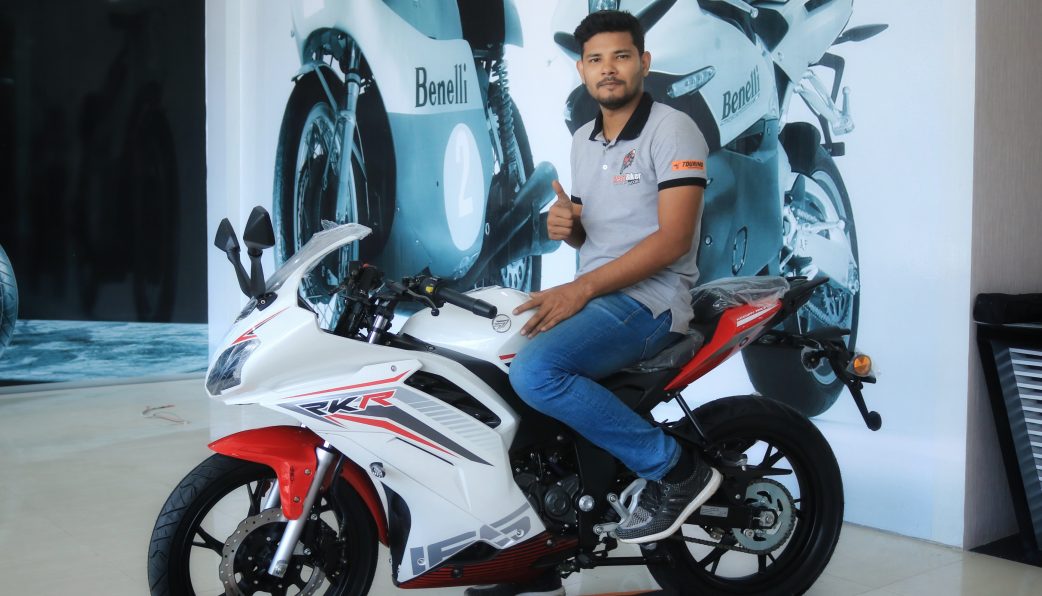 From commuter to sports, almost all segment bikes are being brought to the market by Keeway. Although their commuter segment motorcycles are popular in Bangladesh, but now they giving concerned about sports bikes. Before, Speedoz LTD was the distributor of Keeway in Bangladesh. But from a while ago, Aftab Motors LTD got the permission to launch Keeway motorcycles in Bangladesh.

Keeway started its journey in 1999 in Hungary. In such a short time, they have established themselves as one of the reliable motorcycle brands. Along with Italy, China, Russia, and the United Kingdom, they also have their own manufacturing farm in many countries. They assemble their bikes in China for the Asia zone and From there it was shipped to different countries.

Keeway mainly produces cost-effective and reliable motorcycles. Keeway is a trusted name especially for those who have a limited budget and want to buy a good quality standard or sports bike.

Let’s come to the point and start with its design. Keeway RKR 165 is a standard size full-faired sports motorcycle. Its front end and headlamp unit look comparatively aggressive. The seat is Split but wide enough to be comfortable for the rider and pillion. The exhaust looks simple and ordinary. They should improve its design.

The bike didn’t get too much stickering on its body. The Fairing has RKR on the top and 165 Stickers on the bottom. Keeway logo is also located at top of the fuel tank. Its multi-spoke alloy wheels, pillion grabrail and sculpted fuel tank just look amazing. There are three colors are available in the market which is White, Red, and Black.

Its build quality looks decent but not premium. The parking light is LED but not attractive.

The engine performance of the bike has given us a lot of attention. Its equipped with 4-stroke, 4-valve, single-cylinder, 164.7 cc engine and the water-cooled system to cool it. Its bore 64 mm and stroke 51.2 mm indicate how much power it can produce.

Its engine can burn out 17.83 bhp maximum power and 14 Nm maximum torque. That is one of the highest in the 165cc segment in our country. It has a 6-speed gearbox and a Wet multi-plate clutch system. The top speed of the bike is expected to be 130+ km/h. But we can tell the actual top speed of this bike after a long ride. It can provide better mileage as a sports bike for its fuel injection system.

Ark bar truck chassis installed as its backbone, which enhances its stability. Its handlebar is a little bit up-raised than other sports bike. For that, it will make you feel comfortable during city and highway riding.

Since it is a standard sports bike, it has the same dimensions as other sports bikes. Its kurb weight 153 km, seat height 800 mm and ground clearance 160 mm. It can contain up to 15 liters of fuel.

Keeway has given a lot of attention to the braking of the bike. 260 mm disc in front and 220 mm disc brake in the rear wheel. Apart from that, it also equipped with the CBS braking system in the front brake. If you press the front brake then both brakes will be effective at the same time.

Its multi-spoke alloy wheels look stunning with its design. 100/80 section tyre in front and 130/70 section tubeless tyre is installed in the rear. But the rear tyre size would be 140/70 section.

A halogen bulb is used in its headlamp. But the parking light, tail light, and the side indicator lights are LED. Side reflector is added with the number plate holder. This makes it possible to notice the bike from a distance.

The dashboard of this bike is semi-digital. The tachometer is analog, and the other features like Trip meter, speedometer, and fuel gauge are digital. Engine temperature meter is installed as an additional feature. Keeway tried to give everything possible on the bike. This is one of the best choices for those who have a limited budget and looking for a full-faired sports bike.

The current market price of Keeway RKR 165 is 215,500 BDT. We will try to give a full test-ride review as soon as possible. Always wear a helmet and safety guard during a ride.